This mod scales up PC platform-specific HUD elements, such as the PC Power Wheel (Command HUD), atlas, subtitles, main HUD, MP HUD, and others. This mod will make the game much easier to use on high resolution displays (such as 4K) and on displays at a distance (like a TV). It scales up interfaces to the size they were on consoles, which is natively set to 720p. A few adjustments are made to make them more PC friendly.

This mod works with both singleplayer and multiplayer

You need Retaliation DLC to scale up the reticle and fix the collector’s swarm overlay in MP. If you don’t play multiplayer or have Retaliation DLC installed, you can ignore the message Mod Manager will show when installing the mod.

Compatibility with other UI scaling mods 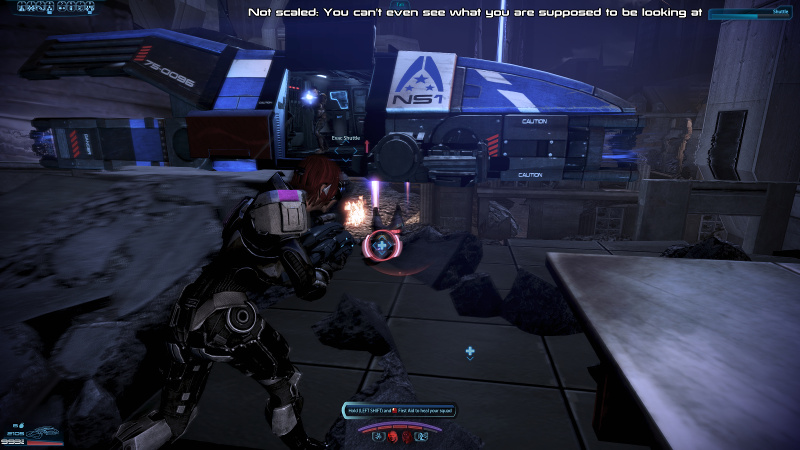 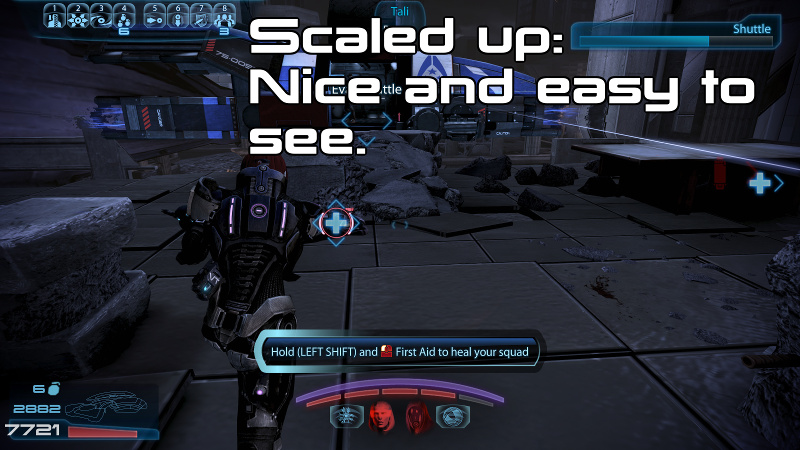 This mod is not included in any version of Mod Manager. It requires Mod Manager 6.2 or higher.

Use of this mod with ALOT Texture Pack

The ALOT texture mod pack is a common addition to this mod. ALOT must be installed after all other mods are installed, as it will update installed mods with new textures. Installing updates to mods (both mod manager and non-mod manager) will require you to reinstall ALOT. You may consider ignoring updates unless you find a game-breaking one.

This mod is connected to the ME3Tweaks mod updater service. Mod Manager will notify you of updates to this mod and prompt you to download and update the mod as new updates are released. Install the mod afterwards to use the new update.

Support for my mods is provided on the ME3Tweaks Discord. If you ask questions that are already answered in the mod description, I'll tell you read it again.

This mod has only been tested on 16:9 and limited 16:10. It may not look proper on other aspect ratios.